by brookridgearcadia
in Charity News
0 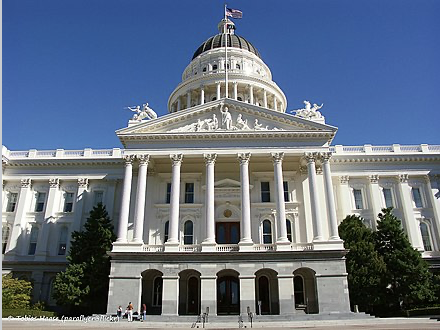 State budget negotiations seemed to go on forever this year, and the governor worked right up to the midnight, Sept. 30th deadline deciding the fate of more than 900 bills on his desk. Three more CalNonprofits-supported bills became law (see below) while two others were reported earlier.

So how did nonprofits fare? Of the record $235 billion state budget approved this year (a 20 percent increase from last year), substantial amounts are specifically appropriated to nonprofits. We’re heartened to see increased funding going to housing, homelessness, food access, criminal justice reform, immigrant justice, domestic violence prevention applaud the nonprofit advocates who fought tirelessly for these gains. We looked at some of those budget allocations in June. Additional funding for nonprofits is likely to filter through state and local government agencies by way of funding for reproductive, mental and behavioral health, arts and culture, environmental protection, and more.

CalNonprofits and other nonprofit advocates worked hard at securing these much needed public investments and new policies to support the communities, people, and places they serve. Here are just a few highlights from the budget followed by bills of interest passed by the legislature:

Net net: We can be proud that advocacy by nonprofits is moving the needle on so many of the critical issues facing Californians, even while there is still so much to be done. Every one of the dollars invested in lifting people up represents mobilization of nonprofits serving on the frontlines of need in their communities. These funding streams make our work on contract reform even more urgent and critical, as the state increases its reliance on nonprofits to deliver services. Stay tuned for application information as programs roll out. And it’s not too late to sign on to our contracting reform letter.

As this legislative session comes to end, we want to thank and salute our Sacramento advocate, Jennifer Fearing. Jennifer – perennially named one of the Capitol’smost powerful people – is an astute and inspirational strategist and fearless campaigner for California’s nonprofit community. Thank you Jennifer Fearing – and her colleague Kiowa Borja – for helping CalNonprofits and every nonprofit in California!